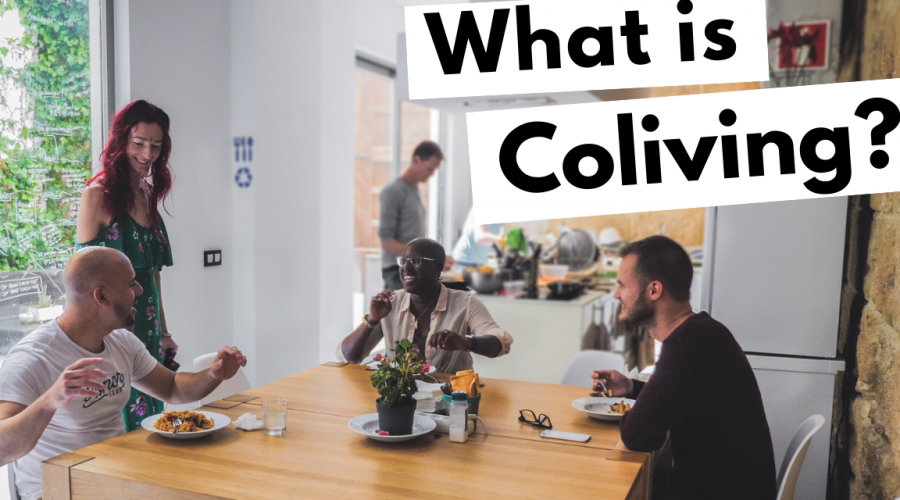 Coliving ? What is this ?

I can’t tell you the number of times I’ve heard people say something along the lines of “don’t you live in some kind of commune?” or “how is your cohousing projects going?”  After biting my tongue for a moment, I typically dive into an extended and nuanced explanation as to what coliving is and how it’s different.

Honestly though, it’s confusing.  While community housing and communal living have been around for awhile (read: forever), coliving is still a fairly new concept.  To further complicate things, there are a lot of related and often overlapping terms, many of which are not well defined or used somewhat loosely.

Clearing up the confusion.  So, what is coliving?  As we define it, coliving is a modern form of housing where residents share living space and a set of interests, values, and/or intentions.  It’s a new take on an old idea, imagined by a millennial generation that values things like openness and collaboration, social networking, and the sharing economy.

Fundamentally, coliving is a cultural distinction, as it can encompass many structural forms, including rental and ownership, urban and rural.  Still, in its current embodiment, coliving tends to be urban and integrated into a single building, house, or apartment.  And the demographics tend towards 20 and 30 something professionals more than families, boomers, and retirees.

What’s different?  The communes and back-to-the-land movement of the ‘60s were the first renaissance of community in our modern, industrial society.  Due to its counterculture nature, these communities tended to be very activist and isolationist oriented.  Their goal was to get away from society and create micro-utopias, as a counterpoint to the popular culture that no longer shared their values.

If you are having any questions, please feel free to ask.

Drop Us a Line